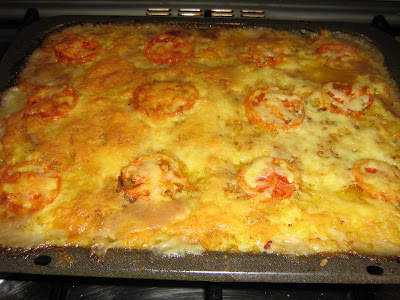 I tried this recipe out the other night feeling quite nervous.  I was sure my kids wouldn't like it lol.  We don't really eat curry.  The only curry I normally use is a little in my Tuna Mornay but other than that, nothing, nada, zip, nil, lol.  So I had ingredients for toasted sandwiches lined up,,,,,just in case!

Hubby and I are okay, we don't mind curried sausages and very mild curries but the kids normally wouldn't touch them with a barge pole.  So to say I was nervous about this recipe was probably an understatement.

One thing my kids do all like though is Cottage Pie.  Normally we buy the Maggie mix for Cottage Pie and make it with that.  The kids love it and I love it too because I always through in a generous helping of mixed veggies lol.

This time I basically made it like I normally would but instead of the Maggi Mix I added the soup mix.  Amazingly, to my delight, the kids all ate it and although two of them said they prefer the other sort, I did notice that they all went back for seconds.  Hubby and I thought it was really nice and will definitely make it this way again (I have to add that we had it for lunch the following day and it was even yummier, the curry flavour had gone through it better and it was really, really nice).

DUTCH CURRY COTTAGE PIE
2 kgs Beef Mince
1 packet of Dutch Curry and Rice Soup Mix
2 cups of water
1 large onion, diced
Frozen Mixed veggies (whatever you like to add)
1 tomato, sliced
Breadcrumbs
Mashed Potato (however much is required to cover your chosen dish/dishes)
Cheese for grating on top
Fry the mince and onion together, adding in the mixed veggies once the mince and onion have browned off. 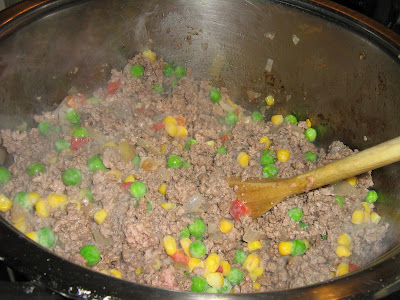 Mix up the soup mix with the 2 cups of water, mixing it thoroughly. 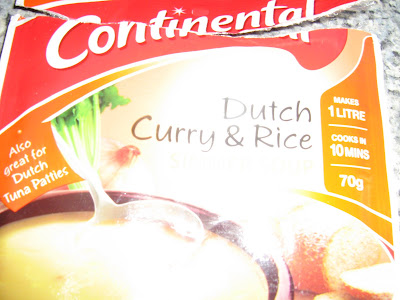 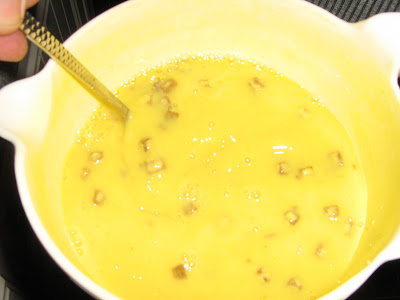 Add soup to mince and stir through well.  Bring to the boil for a few minutes. 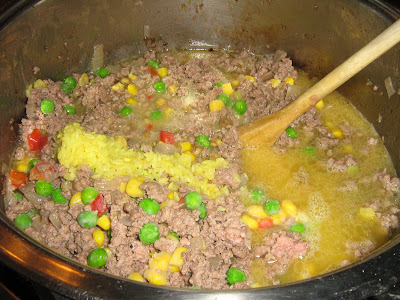 Pour into a baking dish or casserole dishes which have lightly been sprayed with cooking spray. 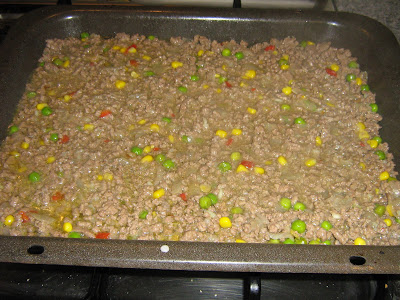 Top with Mashed Potato, then top the potato with a breadcrumbs, tomato slices and grated cheese. 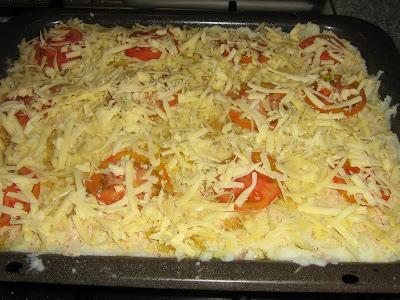 Be warned:  This recipe makes a large amount.  I used my larges baking tray and as you can see it was pretty full.  Normally I get the baking tray full plus two small casserole dishes left over with the mince.  So normally this meal would create a meal that is family size (with left overs :-)  ), plus two small casserole dishes ready for the nights when it is just Hubby and I that need to eat (you know those nights when the kids have hounded you for hot dogs and you give in but really don't feel like hot dogs yourself lol).  On this night though, I don't know what I was thinking and I just piled the mashed potato straight on top and it took me a while to realise the reason why the baking tray was so chocka block lol.  Oh well!!
Posted by OurGangof7 at Friday, August 12, 2011

Email ThisBlogThis!Share to TwitterShare to FacebookShare to Pinterest
Labels: Beef