This was actually meant to be two recipes in one.  This was meant to be a delicious chicken recipe with a equally delicious Wild Rice recipe to go with it.  Some times what is meant to be just doesn't happen.  On the weekend I thought it would be great to try out two new recipes and combine them in one meal.  I thought Honey Soy Chicken with some Wild Rice on the side sounded pretty good.  Well it did taste pretty good, the chicken was delicious,,,,,the Wild Rice was okay, just okay, hence the reason I won't post the recipe here.  If I had aimed for a Risotto style rice dish I would have been closer to the mark I think.  The recipe was for a Wild Rice cooked in the slow cooker.  We ended up with something resembling mush.  The flavour was okay but we didn't use the leftovers for lunch the following day which is pretty good indication that it kinda sucked lol.

So here we will present for your tastebud's enjoyment, the other half of our meal, the Honey Soy Chicken.  Although I'm not ever terribly thrilled with recipes requiring battering or crumbing, I decided to give this one a go....besides I had Hubby here to do the battering lol.  We had never tried the asian style batter before,,,you know the one that you get on the pork and chicken in chinese restaurants.  I had always wondered how they made it so light and crispy,,,,,now I know :-D 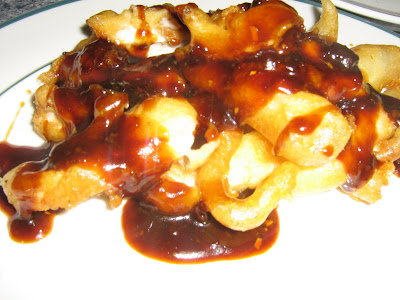 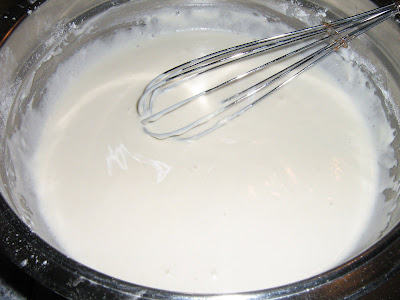 Dip the chicken into the batter and deep fry immediately in hot vegetable oil in batches for about 5 minutes or until brown and tender.
Drain on paper towel. 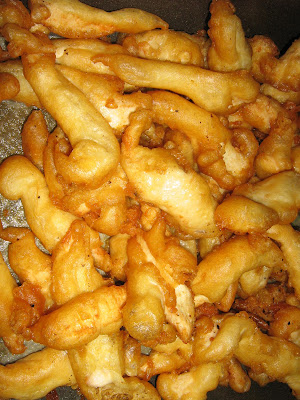 Honey Soy Sauce
Heat oil in small saucepan.  Add the garlic and ginger and cook, stirring for 1 minute.
Add the soy sauce, honey, sherry and stock, cook stirring for a further 3 minutes or until it slightly thickens.
Stir in the blended cornflour and water, stir over heat until it boils and thickens. 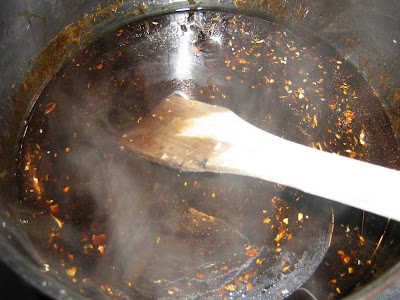 Place chicken on plate and top with Honey Soy Sauce. 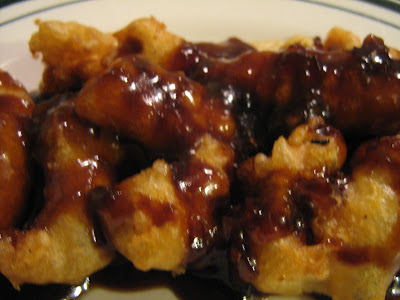 This recipe is best made just before serving.
Not suitable to freeze or microwave.
Posted by OurGangof7 at Tuesday, August 23, 2011

Email ThisBlogThis!Share to TwitterShare to FacebookShare to Pinterest
Labels: Chicken