CHOCOLATE SELF SAUCING PUDDING - SO EASY TO MAKE!

Okay, I know this is a naughty recipe but it is one that I need to share.  It is a recipe that I have been making for about 20 years now.  I haven't met anyone that has tried it and hasn't liked it,,, (well except for my  chocolate hating son that is lol). 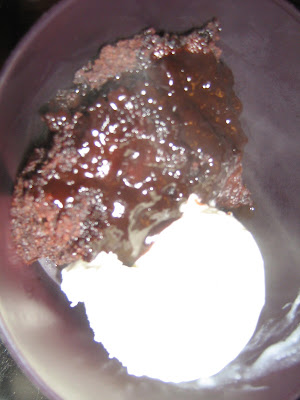 This is quite a rich chocolate recipe and you certainly don't need a huge serve.  I usually serve up one big spoonful per person with a generous scoop of icecream.  The icecream tones down the richness of it and makes it oh so good!!!

Come on, give it a go, just once, it is pretty cheap to make and you don't even need eggs which is perfect if you are like me and frequently run out lol.  Sometimes I even just mix it straight in the casserole dish it is going to bake in (as I did this time), I didn't bother to grease the dish, I just threw the ingredients in and mixed them up.  Some days I have seen enough dishes and I like to cheat and cut down as much as humanly possible!

This recipe was  one I ripped out of a "That's Life" magazine many moons ago.  It was submitted by a Victorian lady by the name of Lauren Handcock, she mentioned she had made it countless times and I can proudly say that I have too.  It is so fast and simple to whip up and can easily be doubled to cater for extras. 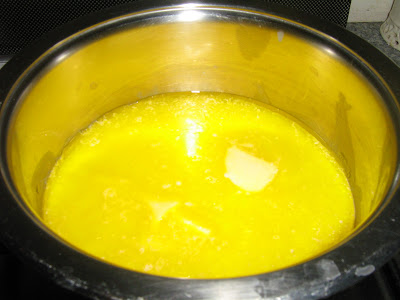 Sift the Sugar, Flour and Cocoa into a bowl. 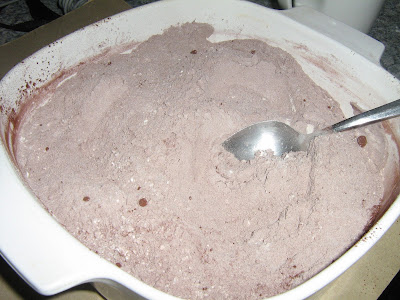 Add the butter/milk mixture and beat well with a wooden spoon.
Pour mixture into prepared dish.
Sprinkle cocoa and brown sugar over the surface of the mixture. 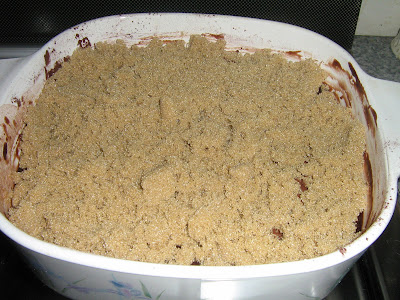 Carefully pour the hot water over the top. 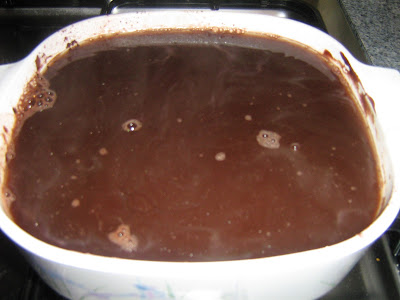 Instead of icecream, it also tastes great if you sprinkle the pudding with a little icing sugar and accompany it with a dollop of cream topped with a light sprinkle of cinnamon,,,,,YUM!
The single recipe will easily serve 4 people a fairly large serving.  I doubled the recipe this time when I made it as I wanted left overs but out of this casserole dish I have 9 serves of the size you see with the icecream.
Posted by OurGangof7 at Monday, November 21, 2011

Email ThisBlogThis!Share to TwitterShare to FacebookShare to Pinterest
Labels: Pudding